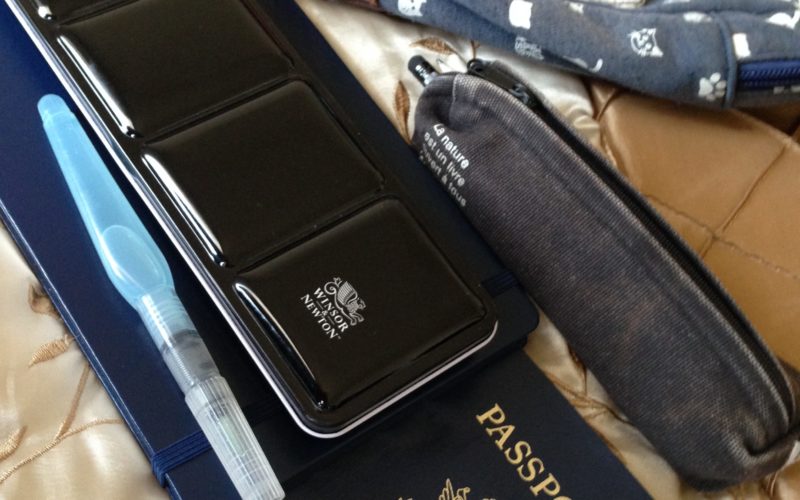 I rolled my little red suitcase from the BART station all the way to the hotel wearing my sister’s Duluth marathon sweatshirt. I’d made sure to bring it on this trip so I could return it when I saw her the coming Sunday. My short trip to Berkeley was about seeing her and my other sister as well as celebrating. Celebrating what? I told everyone I was celebrating my birthday, as it was the weekend right before it, but in actuality I was celebrating something else.

In our culture it’s acceptable-even expected-that we treat ourselves extra well and do something a little out of the ordinary to celebrate our birth and life on our birthday. You won’t be criticized for being selfish and because of its engrainment in our culture, it will force others to be nice and extra cordial to you. It’s the perfect umbrella to be shielded by, once a year.

I was celebrating something our culture doesn’t readily have a name or structure for understanding. There are just “symptoms” that would suggest powerful internal growth. Over the past few years, I’d begun to see the world in a different way although it did not directly result in taking specific actions. As nice or compassionate as people may have told me I was, a part of my heart was still closed. Now, I understand better what part was closed. I closed the area that I had come to believe would cause an inconvenience to others. It was the part that the material environment had guided me to sacrifice for the greater good. The same environment that painted the first picture of the meaning of that very powerful enigma: love.

In Berkeley, the hotel staff greeted me with surreal smiles. The placards in front of the receptionists at the check-in counter were enlarged student ID cards each introducing the name, major, and an interesting fact about the person. I’d chosen a hotel called “The Graduate” hotel. The nice young man whose placard revealed he was a psychology major who likes long walks through the forest, offered me a glass of champagne. The hotel happened to be celebrating its 90th year in business and would be providing free champagne for the whole week.

A mysterious world unfolds itself when one learns how to take full responsibility for one’s life. All validation must come from within. Only inside, is a person truly themself. A great paradox exists in that innermost place of our being. It’s the place where you are a receiver and must learn to discern what is noise and what is not. (No one can do that work for you.) And though you are listening to yourself, you are greater than yourself.. like watercolor.. the painter attempts to let go enough to let colors, water, paper, and the magic of the ether merge. It can become a meditation of setting intention, letting go and losing control.

I plopped down on the couch in the hotel lobby with the champagne and watched the bubbles steadily float to the surface of the glass. I felt the celebration inside me. What a strange new world. Self-love breeds self-validation and the permission the soul needs to come alive. If there is such a thing as a second birth in life, then perhaps I really was celebrating my birthday.